Bombay, 1949. A sultry June evening. Lights glow golden. Candles flicker in the warm breeze that arrives gently through the large open windows of the café.

I watch, entranced, as Ruby brings the last bars of her song to a wistful close. Cheers erupt from the audience. She stands at the microphone, grins bashfully. Her sari, draped and perfumed, is bottle-green and gold. The glamorous of Bombay, members of the band, old friends, wayward sailors all clap and shout their praise. She bows slightly. Ruby seems to float off the stage. A gramophone clicks and crackles to life and music starts again.

BEGIN YOUR DAY AT DISHOOM with breakfast, which might be a Bacon Naan Roll, a Kejriwal or a Big Bombay. Then lunch lightly on Roomali Rolls and Salad Plates, or linger with a feast. Refresh your afternoon with a drop of Chai and a small plate or two. Dine early or dine late. Or just join us for a tipple - perhaps an East India Gimlet, a Viceroy’s Old Fashioned, or our very good Dishoom IPA?

Through the story, design details and artwork of ‘New’ Dishoom Covent Garden we pay homage to Bombay’s theatrical journey from Parsi theatre, to silent film, to the thrill and amazement of the Talkies era. Warmest appreciation to the Madan family and New Empire archives for their kind support. 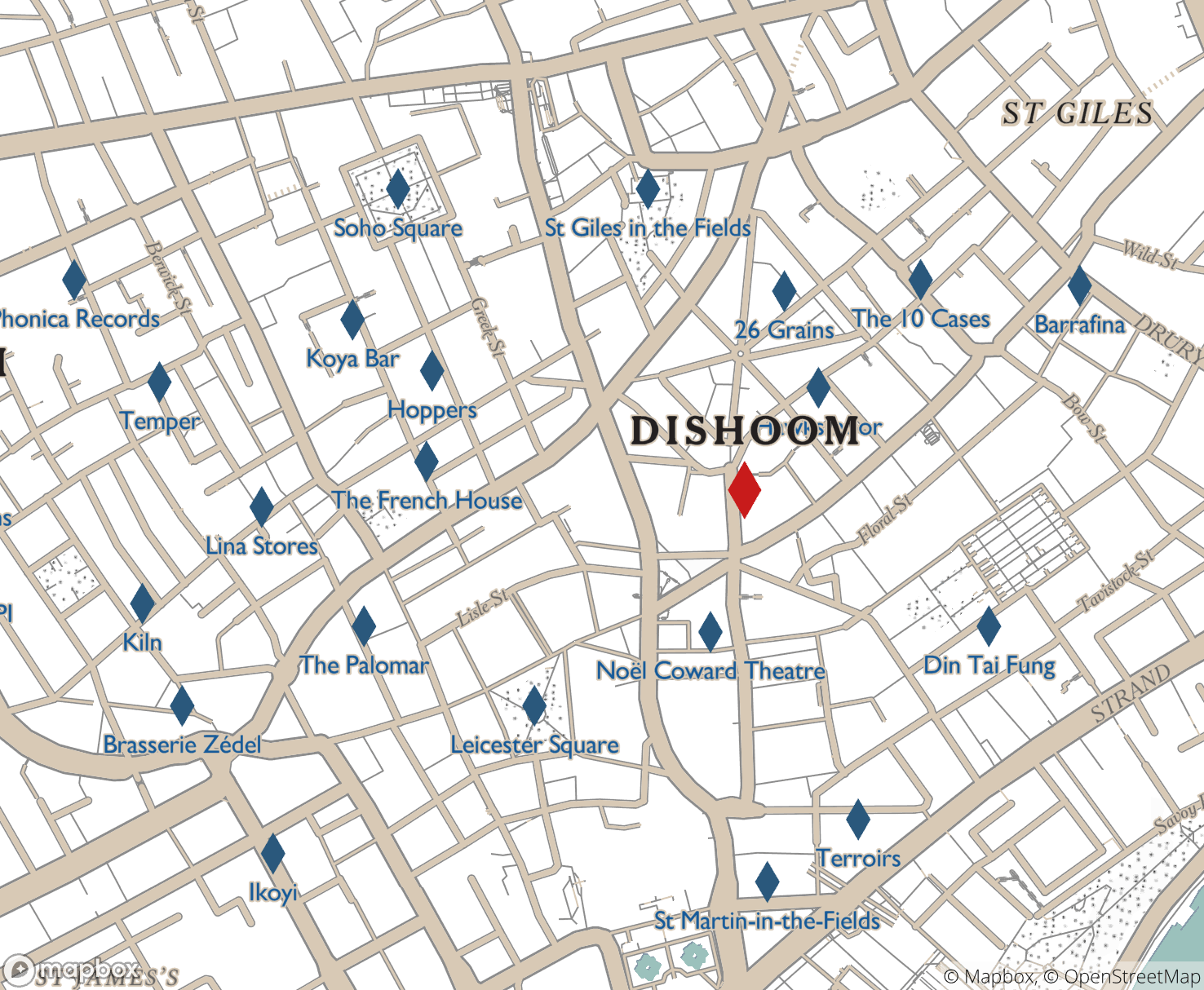