CRISP AND ORGANISED Roda Irani leads her daughter through the narrow gullies of Swadeshi Market. “Come, let us get to the café.”

They begin to walk the length of the market, shoulder to hip. Each gully is lined with stalls separated by thin partitions or simple thick cloth. Roda and Farah navigate past shoppers haggling over the price of scissors, padlocks, bolts of cloth – an array of products with one thing in common: all made by Indian hands on Indian soil.

Weaving through the hubbub, Roda exchanges nods and namastes with traders. Many of them have known her since she was a young girl when she’d visit them with her father. “Keep up, beti, keep up!” her father would say over his shoulder, her chappals scraping the concrete as she tried to walk faster.

Cities of a thousand trades

Cities of a thousand trades

BOMBAY, LIKE BIRMINGHAM, IS A CITY OF A THOUSAND TRADES. Through its markets and manufacturers, craftsmen and commerce, India forged a proud new identity built on the principle of Swadeshi (self-reliance), and gained its independence.

Through the story, design and artwork of this café, we pay homage to all who laboured for India’s freedom. We give thanks to the Library of Birmingham, Desi Blitz and all those who have so kindly helped us.

Welcome to The Permit Room

Since 1949, and to this very day, Bombay has been under a state of prohibition. Set apart from a family room, there is a special place where only permit holders may consume liquor, which has come to be known unofficially as a Permit Room. Our Permit Room serves the most delicious and sincere old cocktails, recalling the days before Independence, such as Gimlets, Juleps and Sours; Fizzes and Old-Fashioneds, and a Bombay Presidency Punch.

The Daru-walla invites you to take a tipple, or three
Herein liquor can be imbibed, but only for the goodness of one's health.
Enjoy the most delicious and sincere old cocktails. 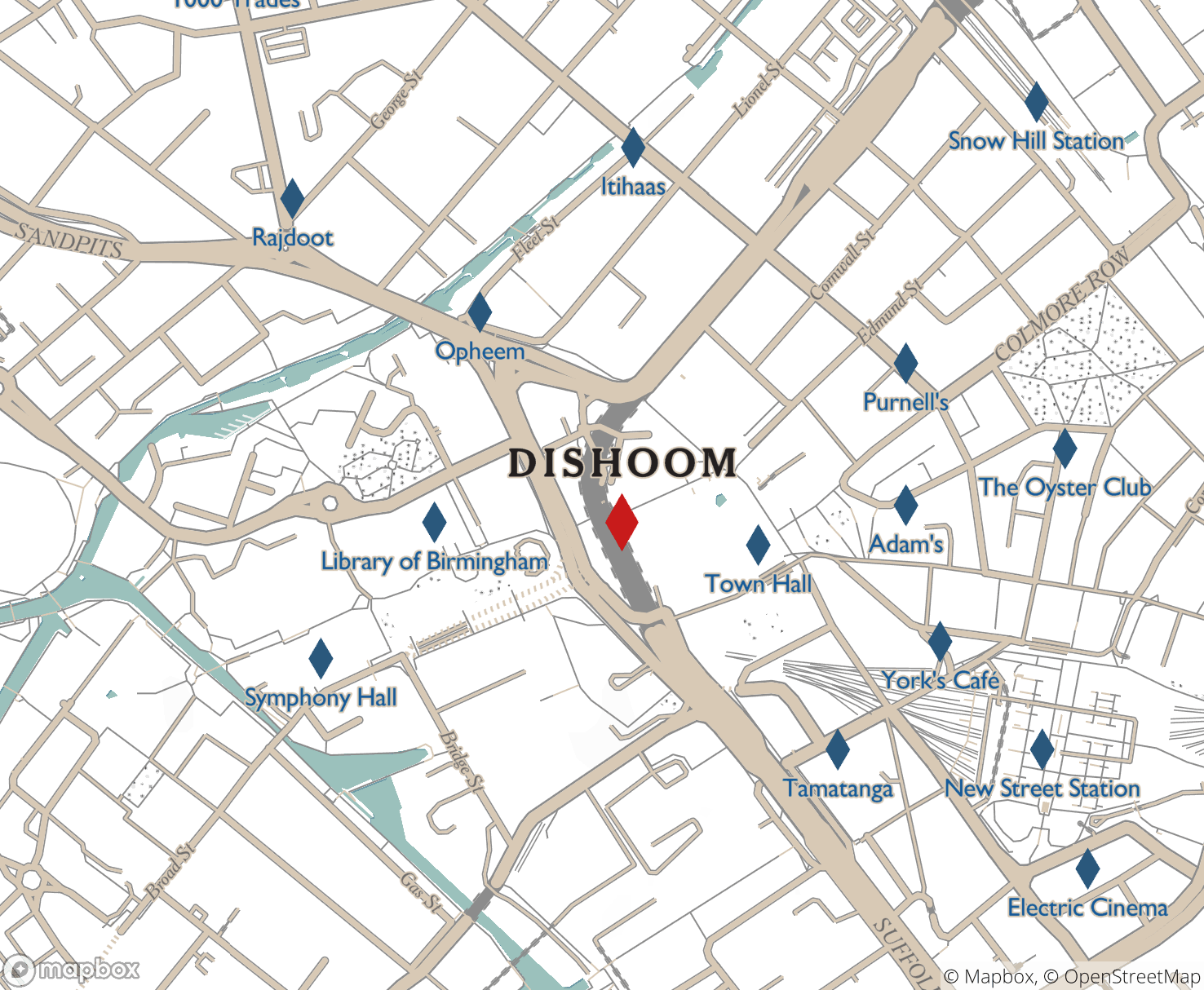