ONE JANUARY MORNING in 1928, a young Irani – not long arrived in Bombay – was waiting to collect a parcel at Victoria Terminus. Unusually, the train was running late. The Irani waited, patiently; then, growing hot and bored, he decided to stretch his legs. He wandered amongst the station crowds and then down a side track, off the main terminus.

Quickly, he found himself in a vast, airy shed filled with the hubbub of a thousand industries crossing paths: freight trains pulling in with a squeal, wagons being loaded and unloaded, men and machines labouring with their cargo. Railway workers shouted to one another in a dozen languages: Hindi, Marathi, Gujarati, Bihari. Goods of every conceivable sort ebbed and flowed through the station, a veritable artery linking the Indian subcontinent to the Western world via the trading port of Bombay.

BEGIN YOUR DAY AT DISHOOM with breakfast, which might be a Bacon Naan Roll, a Kejriwal or a Big Bombay. Then lunch lightly on Roomali Rolls and Salad Plates, or linger with a feast. Refresh your afternoon with a drop of Chai and a small plate or two. Dine early or dine late. Or just join us for a tipple – perhaps an India Gimlet, a Permit Room Old-fashioned, or our very good Dishoom IPA?

The Godown at King's Cross

The Godown at King's Cross

Dishoom King's Cross is located within a restored Victorian industrial building — a former railway transit shed, built in 1850. To Londoners this is a warehouse, but to Bombayites, it would be a Godown. Vast quantities of goods once flowed through this foremost interchange between rail, road and canal. Goods were unloaded onto the platform, and the draft horses that worked the canals and turntables were stabled beneath. For over 100 years this building passed goods to and fro between Britain and the rest of the world, and between London and Bombay.

OLD FASHIONEDS AND PAANCHES  served in The Permit Room by the Chota (small) peg. The first strong taste is mellowed slowly by melting hand-chipped ice in your cut-glass tumbler.

The first frozen water was shipped to Bombay from Boston in 1834. The Parsi merchant Sir Jamsetjee Jeejeebhoy served the ice at a dining party and his distinguished guests all caught colds. Sir JJ grew from humble ‘bottle-walla’ to pre-eminent industrialist, giving much of his fortune to the needing. Sir JJ has place of honour in our list.

The Daru-walla invites you to take a tipple or three.
Take a seat. Warning: you may never want to leave.
Cocktails are prepared with love and bottled for superior flavour and silky texture. 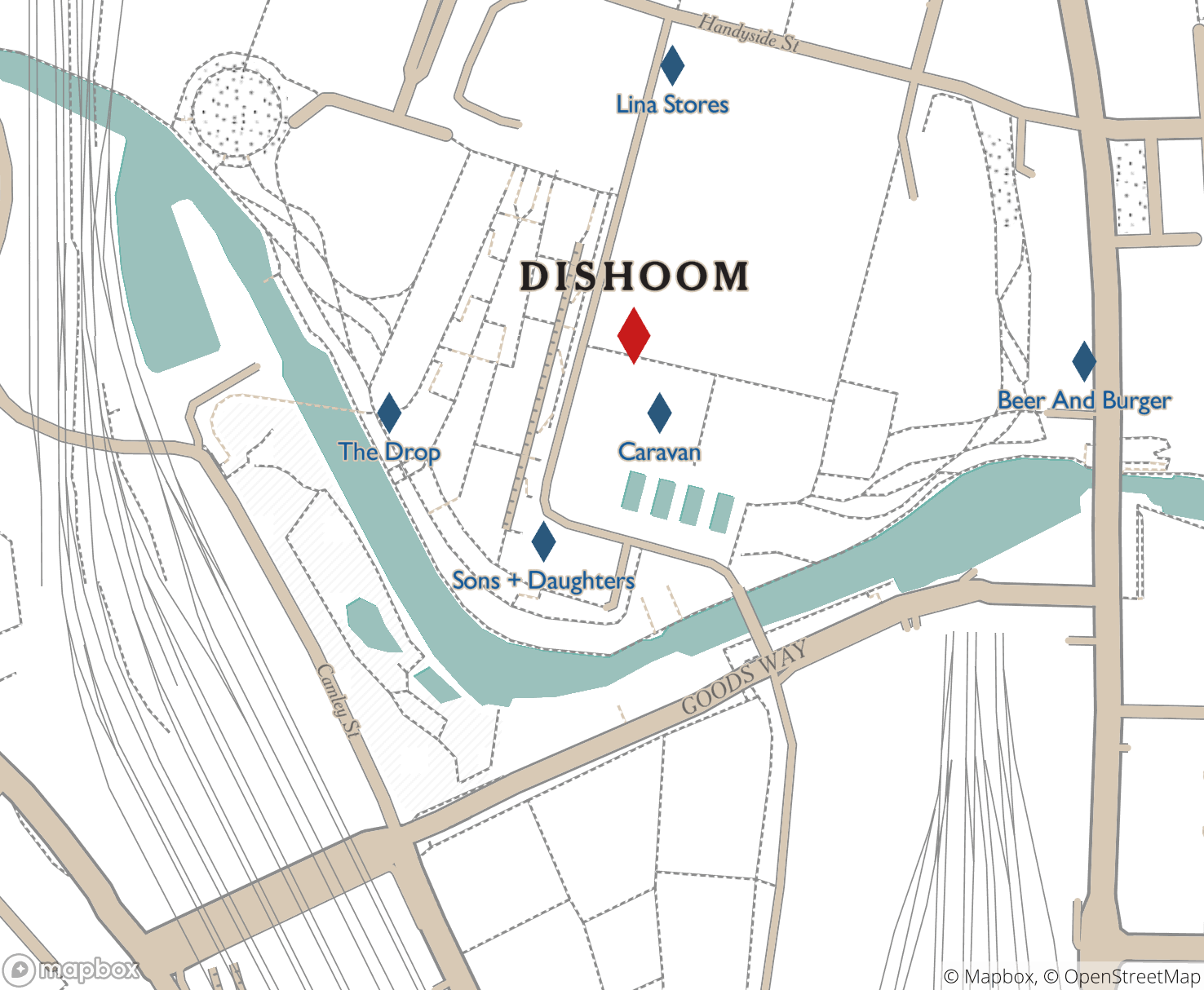