BOMBAY, 1948.
It is a close and heavy monsoon night on Marine Lines. Despite the weather, there is a jostling of people outside the Bombay Roxy. Well-turned-out gentlemen and flirty-eyed women clad in Banarasi silk saris all crane to catch a glimpse of Bombay’s finest musicians. The heavy doors to the club swing open and closed. Hot jazz spills out into the street. The club didn’t always have this pull or indeed its current reputation. It is housed within a former cinema. The previous owner’s savings had been frittered away on the floors of marble, panelling of Burmese teak and four large chandeliers. It had been a beautiful but bankrupting experiment in Art Deco extravagance.

IN THE 1930s, the global styles of Art Deco and Jazz swung into Bombay, shaking up the cityscape with their cheeky colours and patterns, quick tempo'd quicksteps and “hot” new music. Pianos appeared on cinema facades, swing bands were sold out and Bombay’s smart set loosened their trousers and cut a bob to be up to speed on the dance floor.

With the help of our friend Naresh Fernandes – whose book Taj Mahal Foxtrot tells the story of Bombay in swing time – Dishoom Kensington (and our one-off immersive theatrical production Night at the Bombay Roxy) remembers this golden age of Bombay jazz.

Christmas parties at Dishoom are a convivial affair, awash with warmth, good humour and the very best food and drink we ever do. Get the family together, round-up your friends or bring your office down and allow us to dispel the memory of the dull-as-dishwater dinners of Christmas past with a big, joy-filled festive bash! Merriment is guaranteed.

Christmas feasts are priced at £39 per person and will be served from 22 November - 24 December. View the menu here.

Allow us to dispel the memory of the dull-as-dishwater dinners of Christmas past with a big, joy-filled festive bash!
Indulge in most-loved seasonal specials, our favourite beingTurkey Raan – a whole leg of turkey, slow-cooked until the meat is so tender it’s falling off the bone.
Then there are the festive tipples – Punches, Mimosas, Mulled Brambles, and of course, the warming comfort of House Chai. 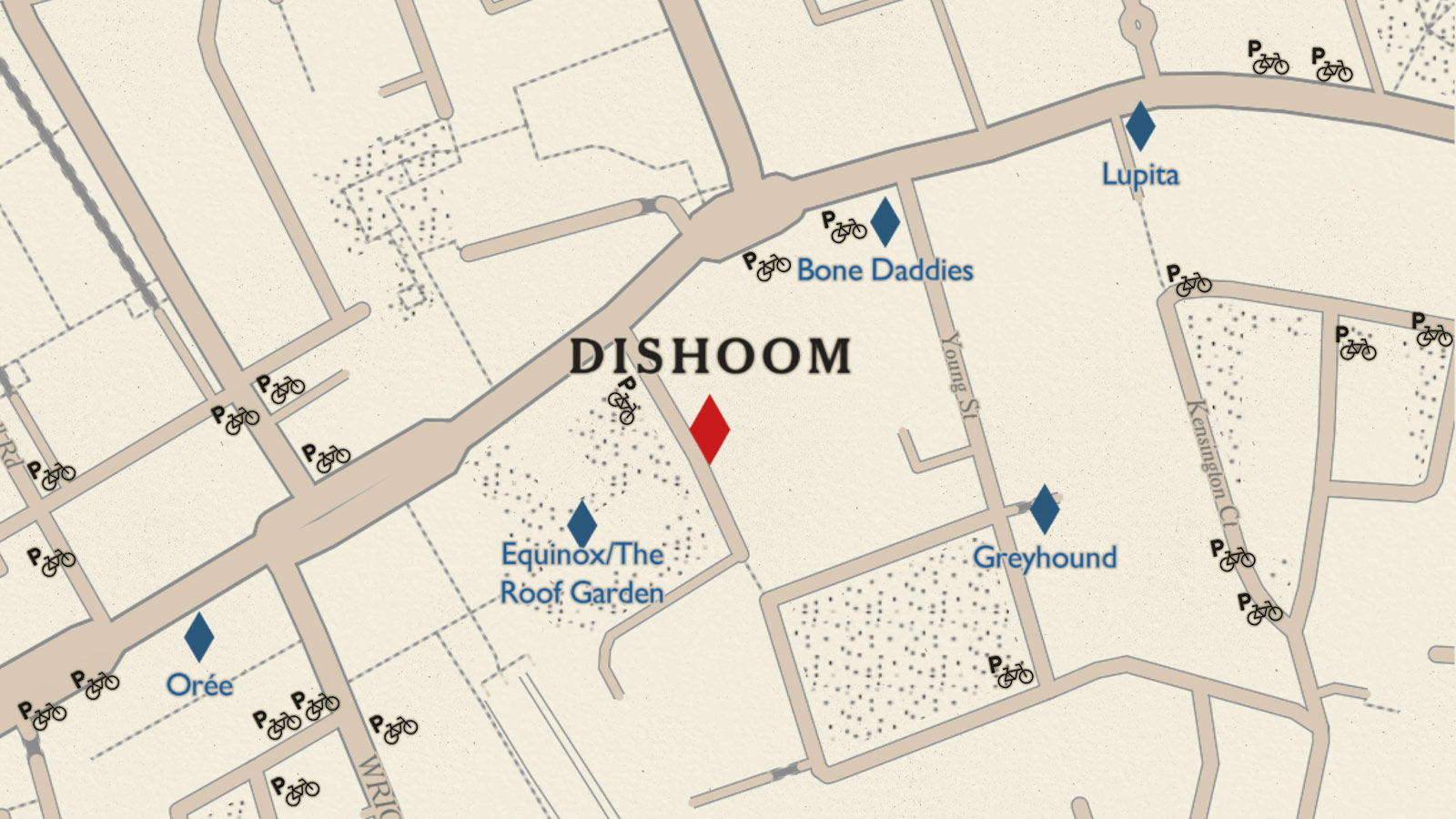